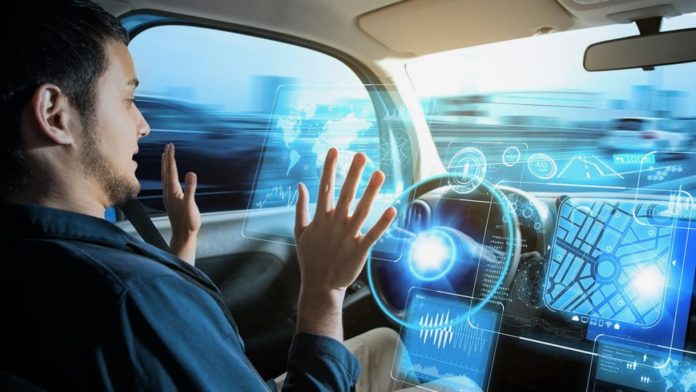 With the passing time, man is walking towards more and more ease and flexibility. First, he invented the car to save time and now heading towards autonomous cars.

What is an autonomous car?

An autonomous car doesn’t need any driver. It is an independent car which does not depend on a driver.

There are some companies which are very much interested in making autonomous cars. Autonomous cars are expected to come out on roads soon since their companies have delayed the dates.

Following is the list of the companies and their autonomous cars. Keep reading the article and tell us in the comment section about your views.

GM Motors is currently busy making an autonomous car that will be free and independent. It will need no help from the man or the driver. Their car name is Chevrolet Cruise AV, and the car has no pedals or a steering wheel since it is an autonomous car. The company is testing its cars’ progress by testing drives on the roads of New York City and Michigan.

They also have backup plans for their autonomous cars. Their cars contain circuits that will work in case if the car gets into an emergency like power failure or crash detection.

GM Motors allows the passengers to quickly engage with the car by fixing touch screens right in front of their seats. So that is how the passenger can stop at any point they may want.

We are very hopeful that GM Motors will soon come with good news for the public as their progress and speed are really going well.

According to the chief-external-officer of Waymo, their progress is steady and working, but they are not as fast going as the media is reporting and making news about them.

Waymo is coming with and working on Arizona and Phoenix. Waymo cars will work on laser lights, radar, cameras, and microphones. That is how; they will detect sounds like the sirens of the ambulance.

However, there is no releasing date given by the company yet.

This company is very concerned about its navigating and mapping techniques. Yandex is also steady and working on different applications. They have also given a possible date on which they will release a self-driving robot. It will be called Rover. Rover will be capable of delivering different goods without any human help.

Yandex is focused on their progress. They are running their autonomous cars on the densely crowded roads of Moscow as well as Las Vegas and Tel Aviv. Yandex has seated 4000 riders on their test drives. They have also crossed one million miles through their autonomous driving. Yandex is also looking forward to up their level to 4 and 5 which will be fully automated in the next three to five years.

Tesla is unique and different when it comes to cars. According to the company statement, their cars are all set to go out, but they are rechecking everything as there’s nothing above human safety.

Tesla uses sensors that are robust to view and analyze the surroundings of the cars. For intelligence, the company has instilled cameras and computer systems.

Tesla is leaving behind all the other competitors. Their speed and quality are remarkable. Tesla cars are also known for their disliking for lidars. That’s the reason they are coming up with a combination of laser, ultrasonic, and passive video. This also saves money.

The main thing is it is not important that which company launches first but winning the trust of the passengers is the most important thing. A car that is designed by keeping the safety of humans as the top priority will be the public’s first choice.