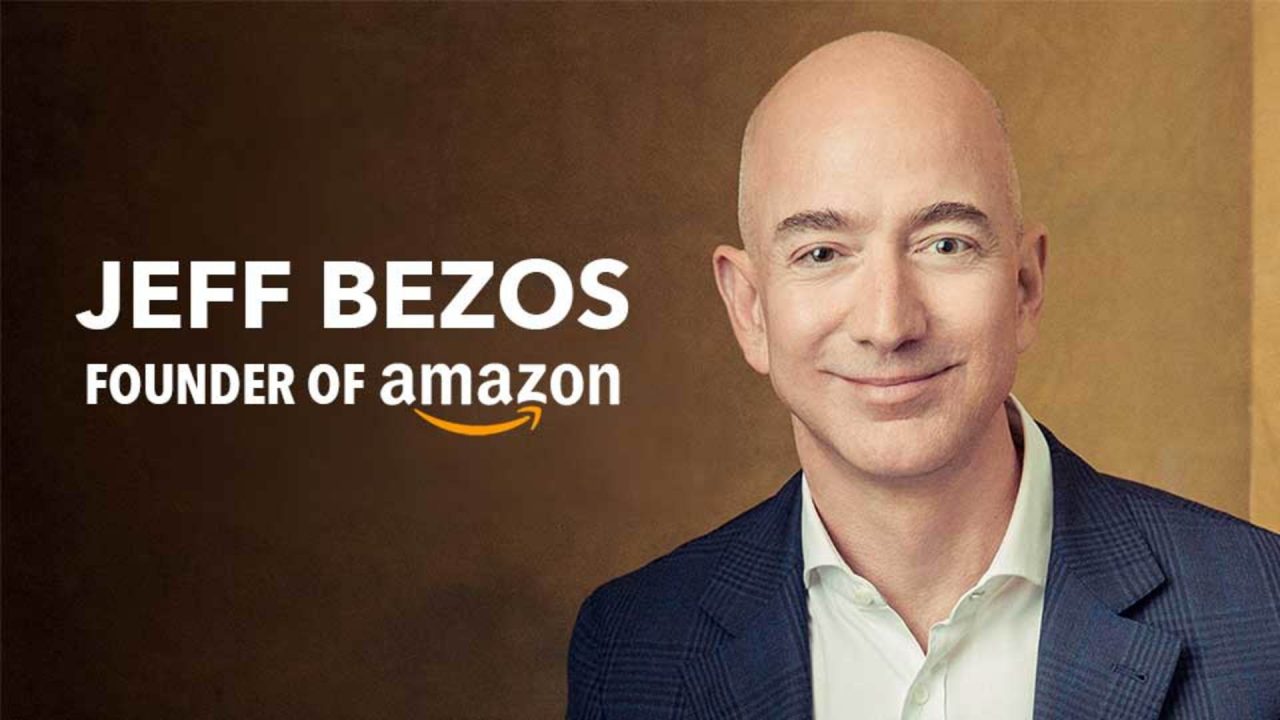 Half of the world’s population today is working online and by virtual means. Businesses and multinational companies are growing rapidly through their online marketing strategies and not only are these industries blooming through just marketing, but they are also succeeding through their online deliveries. The biggest sensation in today’s online marketplace is none other than Jeff Bezos, the founder and CEO of Amazon. Amazon is without a doubt the biggest and most successful virtual market in today’s date. But what made Amazon touch the skies? Here’s the success story of Amazon founder Jeff Bezos.

Jeff Bezos was born on January 12, 1964, in Mexico. He has always had a great love for computers and was passionate about learning new techniques and algorithms of IT. This passion of him made him study computer science and electrical engineering from the University of Princeton. During his post-graduate years Jeff worked in various firms in Wall Street and learned about the internet industry. He later started working at D.E Shaw which is an investment firm.

Bezos was well known in the firm for his talents and was recognized for his hard work and dedication. He soon became the youngest senior vice president of D.E Shaw and was already on his road to success. It was during his time at D.E Shaw that he realized the importance of the growing demand of the internet. He saw that soon the world would be under the cages of social media and therefore he came across a decision that would in the coming years change the future of the online market. He was ready to create history.

Bezos eventually decided to quit D.E Shaw because he had a plan in mind. As much as Shaw tried stopping Jeff from resigning, the man was adamant to take the risk because he wanted to test his luck.

Amazon In The Making

After quitting his job at D.E Shaw in 1994, Bezos decided to start an online business of selling books. He obviously did a lot of market research and tried finding potential products that he could sell to make his business work. But in the end, he settled with selling books. He meantime also decided to move to Seattle to set up his business. Now he needed a plan. So he worked out how things would go about and came up with a full business plan. He contacted his friends and family members and raised 1 million as an investment to kickstart his work.

Now Bezos needed a company name. He initially started with Cadabra.com in 1994 however a lot of people misspelled or pronounced it so after coming up with a lot of other names he eventually came up with Amazon.com. It was only after Jeff and his wife Mackenzie made their website in 1996 and hired 300 people to test their site and spread the word that the website started gaining popularity. Within a month Amazon was working in 45 countries and all American states. Amazon was earning 20,000 dollars a week.

Soon Bezos started recruiting officials from all across, people who had experience and had worked with companies like Microsoft. Now the biggest challenge and competition for Amazon was the leading bookselling site, Barnes And Noble.

Even though Jeff had a tough rivalry and competition, he did not given or settle with what he was getting. He wanted to grow more and wanted Amazon to become the world’s biggest online bookstore. Jeff was offered a collaboration with Barnes and Noble. They had meetings but later Bezos decided that the collaboration won’t work out and thus traveled all across the US to get more investors and marketers. By 1999 Amazon had profited up to 900 percent and people who had invested in the brand had become billionaires.

Soon Amazon was faced with rivalry from Ebay, which was another leading online market place. eBay was having a greater profit margin because it didn’t have to worry about the hassle of storage houses and packaging and delivering costs. The site was earning from commission through its sellers and buyers.

Soon after the ninetees, Amazon started working on a much larger scale because it added auction options to it’s site. It started selling more and different products, from clothes to shoes and what not. After seeing the success of Amazon’s products, the website decided to put in as many products and categories as possible. And now since Amazon had it’s auction option up and running, there were more sellers on the website, each seller would then market it’s own product and Amazon would get marketed automatically.

People started visiting the site more and more, they’d want one thing to buy but would end up getting linked to more and more products and would purchase more. Amazon started putting in deals and discounts to attract more buyers and the brand become an international sensation. It started opening huge warehouses across the globe and was working on much larger scale.

Amazon did have some backlashes and tough competitions but the dedication and passion of Bezos made it worth billions over the years. Today Amazon still remains on the top charts in online markets with competitors like Alibaba and Ebay.