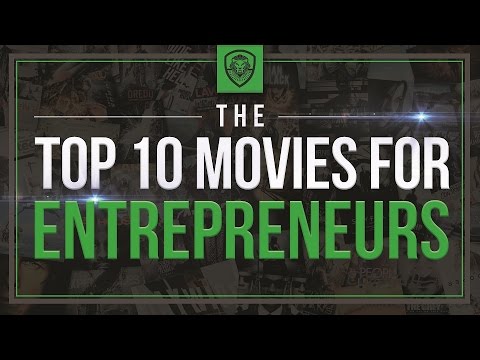 An Entrepreneur is known to be a person who is fond of taking financial risks by investing in new avenues or businesses. However, we must also accept the ebbs and flows of life. There are many such instances when an entrepreneur loses its vital investment or business. In such a scenario, the chance of getting demotivated and discouraged is high. Therefore, just like many others, these entrepreneurs also require encouragement and inspiration from time to time. If there is no suitable person for this job then a good inspirational movie might prove to be a good choice for encouraging any individual. So, I am going to quote a list of Top 10 Movies Every Entrepreneur Should Watch to find inspiration or getting back on track.

Top Movies Every Entrepreneur Should Watch

‘The Social Network’ is probably the best movie every entrepreneur should watch. The movie revolves around the meteoric rise of the world’s youngest billionaire, Mark Zuckerberg. The popular social platform Facebook which has now touched the heights of success was initially just a Harvard dorm-room startup. Zuckerberg transformed a simple idea into one of the most successful businesses up to date. In this movie, you will see the whole journey of Mark Zuckerberg towards success, and you will learn about some scary challenges which he had to face before becoming the youngest billionaire. I would suggest every tech entrepreneur should watch this movie if he seeks encouragement.

2) The Wolf of Wall Street:

The Wolf of Wall Street is my all-time favorite movie. It is based on the true story of Jordan Belfort (played by Leonardo DiCaprio). A wild scam-artist stockbroker who takes an entry-level position at a Wall Street brokerage corporation. Actually, Jordan was a brilliant entrepreneur who earned a vast amount of capital from literally nothing. However, as his company was filled with corruption so the end of the movie wasn’t pleasant for Jordan. This story provides entrepreneurs some essential lessons among which the most important is that the end-result of corruption would not be fruitful.

This movie is based on a famous book ‘Fire in the Valley: The Making of the Personal Computer’. It illustrates the rivalry between Bill Gates and Steve Jobs betin early 27 years of their careers till 1997. The movie was released in the last year of 20th century as it shows the biggest technological advancements of the century. Bill Gates had an upper hand in the rivalry, when the movie ended but we all know what came next.

If someone is planning on launching an internet and telecom company then he/she must match this exquisite movie. It shows the rise and fall of internet firms amidst the dotcom bubble. Startup.com is basically a documentary based on the story of GovWorks, a fine startup that failed due to the mismanagement and internal power struggles.

Every entrepreneur has to make some difficult choices at some point when he/she faces any dilemma which even threatens his/her own self. This movie revolves around the story of a 19-year-old college dropout, Seth Davis who becomes one of the top brokers at J.T. Marlin firm, but something at the company seems shady. And now he faces a moral dilemma to choose between right and wrong.

This movie will teach you why it’s important to save your precious ideas from being stolen. The plot revolves around the story of Robert Kearns, a college professor who invents the windshield wiper that is adopted by all the auto giants but they didn’t give Robert the credit he deserved.

The Pursuit of Happiness is a truly inspiring story casting Will Smith. It is based on the story of a struggling salesman, Chris Gardner who losses everything, including his wife, house and money. Rather than accepting defeat from the mournful incidents, Chris picks himself up, works harder than ever to make a better life for his son and himself.

This movie shows three distinct but parallel stories of individuals gained profit from the American financial crisis of 2007-08. They employed new techniques to explain complex financial concepts such as subprime mortgages and collateralized debt obligations (CDOs). It gives an essential lesson that more knowledge and awareness can become a blessing for an entrepreneur.

Check out? Top Leading Gaming Companies in the World

This entertaining movie is best for those who hate their 9-to-5 jobs and wish to become an entrepreneur. It revolves around the story of Peter Gibbons who realizes how much he is allergic of sitting inside a cubicle every working day along with taking orders from his spooky boss Bill Lumbergh.

This last movie on my list targets the women entrepreneurs of our society. Joy is based on the life-story of Joy Mangano, a self-made millionaire who established a massive business empire. The movie is about beating all odds and breaking the glass ceiling. Though, the best lesson which this movie teaches us is that if any woman wants to build a successful company, she has to face some dire challenges without losing determination.